On Sunday April 13, 2014, Adam Wierman, Professor of Computer Science, and his Rigorous Systems Research Group (RSRG) members joined the approximate 700 people competing in the Los Angeles Triathlon Series at Bonelli Par. Professor Wierman finished 1st in his race class and 13th overall among individuals competing in the Tri-Express, which consisted of a 300-meter swim in Puddingstone Lake, a 13.91-kilometer bike course, and a 5-kilometer run through the Park.

Graduate students Anish Agarwal, Yong Sheng Soh, and Matteo Ronchi finished 3rd, 5th, and 6th in their classes, respectively, and undergraduate student Kathryn Knister finished 2nd in her class. Graduate student Daniel Chao placed 15th in his class in the Championship Series, which consisted of a 500-meter swim, a 27.02-kilometer bike course, and a 5-kilometer run. 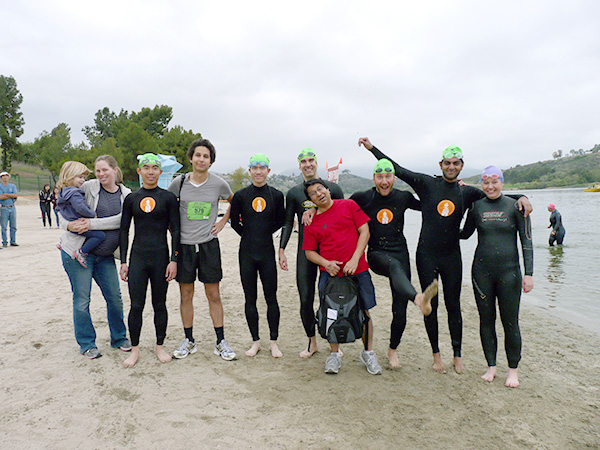 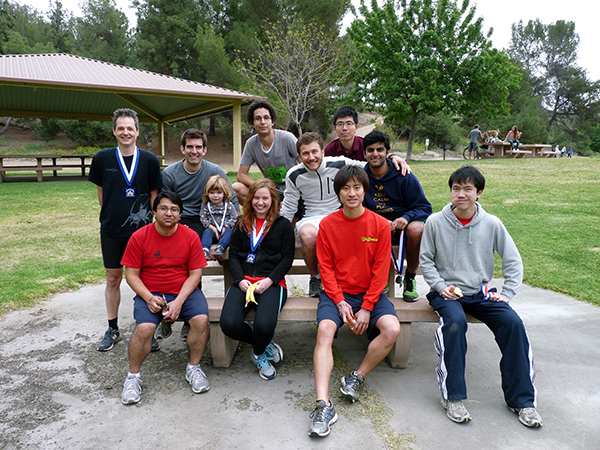