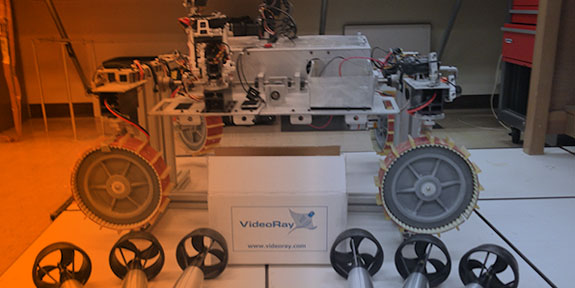 Robotics and intelligent machines refer to a collection of applications involving the development of machines with human-like behavior. While early robots were primarily used for manufacturing, modern robots include ground vehicles that can drive around cities and explore planets, unmanned aerial vehicles for surveillance and transportation, and medical devices that provide new capabilities to doctors and patients. Emerging applications require increased autonomy, resilience and safety, as well as increased interaction with humans and with society.

Research at Caltech spans many exciting areas, from machine learning to computer vision to control theory to neuroscience. We also have substantial interactions with JPL in the area of robotics, including courses taught by some of the leading experts responsible for supplying technology options for robotic space missions.